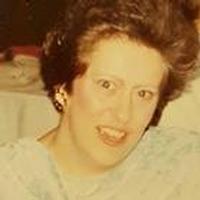 Debra Krysiak entered into eternal peace on Sunday afternoon, July 17, 2016, at Wolfeboro Bay Center in Wolfeboro, NH, after a courageous battle with cancer, with her devoted Mother by her side, at 60 years of age. Debra was born in Chelsea, MA, on December 20, 1955; she was a daughter of Alice (Beaudry) Krysiak of Lowell, and the late Edward Krysiak. Debbie was raised in Lowell and graduated from Lowell High School with the class of 1975. Throughout her high school years, she was loved and admired by her classmates and teachers. Debbie was a majorette attending all the football games and performing at half-time, and marched proudly in many parades representing Lowell High School. Debbie also sang in the Lowell High School choir. Upon graduating from high school, Debbie was an active community member and volunteer, devoting much of her time and talents as a member of the Salvation Army in Lowell helping to meet the needs of the community. You could often find Debbie ringing the bells for donations at Christmas time. Debbie was also an active member of RARA - Recreational Adult Resource Association - of Lowell, MA. Debbie had a tremendous talent and love for making crafts and crocheting items, which were often donated to help raise funds for local non-profit organizations. Debbie was greatly trusted and loved by family and friends, many of whom entrusted her with the care of their children, the elderly, disabled members of the community, and family pets. Throughout the years one of her greatest joys was spending her entire summers at the family summer camp, “the bus,” in Nova Scotia. It was there that the family had many gatherings and celebrations, and Debbie enjoyed sitting by the fire and toasting marshmallows and telling ghost stories with family and friends. Debbie made lasting friendships in Nova Scotia and thought of them as her second family. Debbie also had a number of hobbies including swimming, horseback riding, blueberry picking, canoeing, riding her bike, listening to music and dancing, boating on Lake Winnipesaukee, and she was also an avid fan of the New England Patriots. Debbie loved her dogs, especially her beloved Smokey. She moved to Moultonborough, NH, 20 years ago, from Lowell. She attended the Moultonborough United Methodist Church, and she was an active member of the Moultonborough Lion's Club, volunteering for Bingo every Tuesday and also for their Meals on Wheels program. Pre-Deceased by a brother Dennis Edward Krysiak, she is survived by her mother Alice Mary (Beaudry) Krysiak of Moultonborough; 4 sisters, Dianna Xifaras and her husband George of Nashua, NH, Donna Spano of Derry, NH, Denise Umphrey of Wolfeboro, NH, and Darlene Loosigian of Westford, MA; her sister-in-law Sharon Krysiak of Tynsgbrough, MA, many nieces and nephews, and her loving dog Smokey. She was also the sister-in-law of the late Mark Umphrey. KRYSIAK—In Wolfeboro, NH, July 17, 2016. Debra Ann Krysiak of Moultonborough, NH, aged 60. Beloved daughter of Alice (Beaudry) Krysiak of Lowell, and the late Edward Krysiak. A Memorial Service will be held at the Moultonborough United Methodist Church, Moultonborough, NH, 03254 at 10:00AM, July 30, 2016. For those who wish, in lieu of flowers, donations may be made in her memory to the Moultonborough Lion’s Club, Attn: Joe Keegan, P.O. Box 215, Moultonborough, NH, 03254. “In Debbie Krysiak’s memory” written in the memo section of the check. The funds will benefit the scholarship fund to be given to college students studying Special Education. The Baker-Gagne Funeral Home and Cremation Service is assisting the family with the arrangements. To sign an online guest book and write a note of condolence, please go to: www.baker-gagnefuneralhomes.com.
To order memorial trees or send flowers to the family in memory of Debra Ann Krysiak, please visit our flower store.