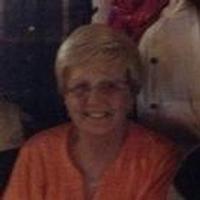 Sylvia was born in London England in 1940 during the “Battle of Britian” where she lived with her father John S. Brown her mother Olga Millicent Sylvia (Torbett) Brown and her sister Carole A. Brown until the family moved in 1948 to live and work at her paternal grand-mothers guest house on Cambridge Road in Hastings East Sussex England. Sylvia was educated at St. Pauls School in Hastings and her further education was at Hastings and St. Leonards Secondary Modern School for Girls, where she graduated in 1955. After graduation Sylvia worked as an assistant in a number of Chemists Shops including Booths Pharmacy, in Hastings. She was also a Sunday School teacher in her local parish. In 1962 Sylvia took a job in the United States as a nanny for a family in North Andover MA. Where she met five other English Nannies that she always referred to as “The English Girls“ whose friendships she treasured all of her life. On Jan. 31, 1963 while celebrating her 23rd birthday with “ The English Girls “ she met John (Jack) O’Neil at a Restaurant in Methuen MA. Jack was a dashing well known sports figure in the Haverhill area having won the Golden Gloves Boxing Competition. They were married Aug. 1, 1964 and had two children a daughter Jody A. O’Neil and a son Timothy M. O’Neil . They resided in Haverhill where Jack was a school teacher and Sylvia worked for the telephone company as an operator. After Jacks untimely death in July 1980 Sylvia joined the Widowed Lifeline Group, where she met her second husband Anthony (Tony) G. Puopolo. Tony was also widowed in 1982 and he had three children Michelle G. Puopolo, Anthony G. Puopolo II and Christine E. Puopolo. They were married May 3rd 1986 and the two families moved into a house they built in Methuen MA in Nov of 1986. Sylvia retired from Verizon Dec. 31, 1999 and helped her husband in his used car business. They then moved to Madison in 2004 into the house Tony built in 1984. They also purchased a Holiday Home in Hastings where they enjoyed many months of traveling throughout England, Ireland, Scotland, Spain, and the Canary Island off the African Coast and many trips to France including for their 20th wedding anniversary a trip on the “ ORIENT EXPRESS “ Tony and Sylvia enjoyed winter vacationing in Hilton Head Island SC, Jamaica, Antigua, with many close friends. Sylvia was a member of the Madison Garden Club also Water Wheels Crystal Springs Resort. Her favorite pastimes were her flower garden, reading, listening to classical music and doing puzzles and crossword puzzles. Sylvia leaves a loving husband of over 30 years Anthony G Puopolo of Madison NH A daughter Jody A O’Neil of Lawrence MA, a son Timothy M O’Neil of Hull MA, her stepson John P. O’Neil and his wife Angie and their son Alex of Del Ray Beach FL. Her stepdaughter Michelle G Puopolo (DECEASED) stepson Anthony G. Puopolo II Esq. of Methuen MA and her stepdaughter Christine E. Pierce and her husband Scott of Merrimack NH. Her sister Carole (Brown) (Sherren) Sheldrake and her husband Trevor of Hastings England and hundreds of family and friends. Sylvia was a kind caring loving person who enriched the life of anyone she met. She will be missed by all. She asked when you think of her that you do something nice for someone in her memory. Memorial Services will be Sunday, August 7th from 11-3pm at Baker-Gagne Funeral Home, on Rt 16 in West Ossipee, NH. In lieu of flowers, Sylvia would appreciate any flowers planted in her memory, or donations to the Madison Garden Club where she was a longtime member. Madison Garden Club C/o Carlyn Macie 62 White Tail Ln Silver Lake, NH 03875
To order memorial trees or send flowers to the family in memory of Sylvia Dorothy Puopolo, please visit our flower store.