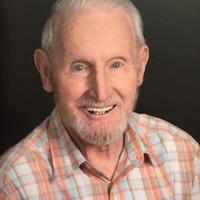 Robert T. Jones, age 91, of Wolfeboro, NH passed on to his Heavenly Father at Huggins Hospital on October 9, 2016 with loving family present, after a period of declining health.   Bob is survived by his daughters, Lynda J. DuShane of Wolfeboro, her children Darryn, Kristen and her husband John (Coolong), Justin; Marcia A. Dowell of Salida, CO., her children Ryan and Caillen, and Susan M. Mack of Yardley, Pa. and her children Lindsay and husband Rory (Kramer), and Lauren, and his five Great Grandchildren, Aurelia, Sophia, Dash, Maurice and Margot. Also surviving Bob are his sisters Marilyn Eno of Buffalo, NY, Patricia Cheney of Brockton, MA, Bette Duhamel of East Bridgewater, MA., Marcia Lauretto of Rockland MA, and his brother Edgar Jones of Arizona, his sisters-in-law- Joan Ashton, her husband Brad of Wolfeboro and their family, Marcia B. Cook of Wayland MA., and her family, along with many nieces and nephews, all of whom had the greatest love and appreciation for their Uncle Bob. (He was pre deceased by a brother Thomas of Evansville, Indiana)   Bob was raised in MA., graduating early in the Braintree High School class of 1942, shortly after which he entered the US. Marine Corps, serving in numerous locations with the  2nd and 3rd Marine Divisions in the South Pacific, including Nagasaki, until January, 1946.  It was there he witnessed the crucial role and incredible value of the Navy’s Seabees to the success of the Nation’s War effort.   Work life began very early for Bob, with a paper route at age 8, then a grocery store clerk and delivery boy, which set the stage for an exemplary work ethic he maintained throughout his life.   He and his sister Marilyn were renowned for their dancing style and ability during high school, when Bob met Marilyn’s best friend Janice Burpee and they married on May 12, 1945 while Bob was recuperating from an illness contracted on Guam. Three days later he was returned to the South Pacific.   After the War’s end he began married life, a family, his work life and a civic and community life that would be the foundation of why Bob knew God had kept him alive to be, the servant. His work life took him from the leather tanning business, to music publishing, John Hancock Insurance, an Industrial Luncheon Service Company where he worked with Bill Rosenberg, the founder of Dunkin Donuts. As Bill sought to create new locations for his rapidly building business, he tried to get Bob to agree to take on opening the new store locations from MA, through New England and beyond.  As the father of 3 young daughters, Bob felt he couldn’t be away for months at a time, and declined.  Goodall Rubber Company of Trenton NJ. hired him for sales in their Boston office, where he rose quickly through the ranks of the company from Boston to New England Sales Manager, to General Manager of the Corporate Office, to International Director of Marketing and Sales, retiring to Wolfeboro in December, 1984. Those years traveling throughout the US and across the globe allowed him some of his greatest times and fondest memories of playing golf. Not one to be idle, he began selling Real Estate in Wolfeboro in 1986, working for over 20 years in a job he truly loved because of the people he worked with and met, retiring from Spencer Hughes in 2010.   Bob’s civic and community service life was extensive and began with the need for Veterans Housing in the town of Braintree.  He and a fellow Veteran began the first Braintree Junior Chamber of Commerce Chapter where recruiting others to start focusing on building homes for Veterans became their first mission.   As was standard with Bob, the only stipulation for him with his fellow fundraisers was that he would be the last one to accept housing. The Jaycees then created the town’s first 3rd of July Bonfire to set the stage for their first 4th of July Parade, followed by their Miss Braintree Pageant, affiliated with the Miss Massachusetts and Miss America Pageants.  After that came their Campaign to build the town’s first Teen Center, and then a Jaycees musical Pantomime Panics group that would entertain in Nursing Homes, Veterans and General Hospitals where Bob took on the ‘well dressed’ role as Theresa Brewer, and his wife Jan as one of the Maguire Sisters trio. He became Chapter President followed by the Massachusetts State Senator to the National Jaycee Organization before moving his family to Lower Makefield, PA. in 1962 for a Corporate career promotion.   Men’s Breakfasts, Sunday School teacher, The Masons, Caregivers Driver, The Rotary, Kingswood Golf Club, The Wright Museum, Huggins Hospital Volunteer, are a small sampling of the many roles he took on and organizations that Bob supported and believed could make not only his hometowns a better place, but the world a better place to live.  Well done, Sir. Semper FI.   A Memorial Service for Bob will be held on Saturday November 12, 2016 at 11:am  at the First Christian Church, Main Street, Wolfeboro, NH.   Donations in his Memory can be made to Kurn Hattin Children’s Home, 708 Kurn Hattin Road, Westminster, VT. 05158 The Wright Museum, 77 Center Street, Wolfeboro, NH.03894 Life Ministries –Food Pantry  264 South Main Street,  Wolfeboro, NH. 03894
To order memorial trees or send flowers to the family in memory of Robert T. Jones, please visit our flower store.