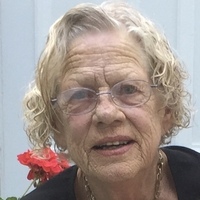 Anne Jorunn Guarino, (nee Omang), 82, passed away peacefully in her sleep after a long illness at her home in Wolfeboro, New Hampshire on Sunday, July 26, 2020. Anne was born in Hovik, Norway in 1937 to Arne and Guldveig Omang and immigrated to the United States in 1957. She was the youngest of three sisters with the oldest being Elseretta Roe of Rhodes, Greece and next, Sigrund Vitale of St. Jean de Luz, France. Anne’s parent’s and sisters’ deaths preceded hers. Anne would tell stories of her youth and some of her first memories were of her mother hiding her and her sisters from the Nazis. However, after the war, Anne’s stories were all about growing up in the “most beautiful country on Earth with the most wonderful family.” Upon arriving in to New Hampshire, Anne struggled as an immigrant to make a home for her family, first in the Dover/Portsmouth area of New Hampshire, and then later achieving success in the Wolfeboro/Tuftonboro area. She was well-known and well-liked in Wolfeboro, having worked for many years at Bradley’s Hardware and since 1996, providing window treatments via her “I Do Windows” business. Anne is survived by her husband Peter Kelley of Wolfeboro, NH and three sons: Robert Hotarek (Glenn, NH), Merton Frost (Cleveland, GA), and Mark Frost (Brookhaven, GA). She leaves behind seven grandchildren and six great-grandchildren. Anne particularly enjoyed the company of her great-grandchildren in her later years. Anne is preceded in death by her beloved daughter, Susan Hotarek, who passed away in 2004 and was married to Don Guarino for 20 years and passed away in 1996. Anne returned often to Norway, enjoying close ties to the Omang and Alnaes (her stepfather) families. She attended the last two 10-year family reunions in Norway. Although barely speaking English when she arrived in America, she mastered the language with the exception of the “v’s” for “w’s” right up to the end. A COVID-19 compliant memorial service will be held at 11:00 am on Saturday, August 8th at the Baker-Gagne Funeral Home on Mill Street in Wolfeboro. Per Anne’s wishes, her ashes will return to Norway at a later date. The Family would like to thank the tireless and sincere efforts of the nurses with the Visiting Nurses Association, all of the wonderful people at the Genesis Wolfeboro Bay facility, and especially Huggins Hospital social worker Debra Hershey. Anne will forever be remembered for being strong, independent, and hardworking with a deep love for family, forever encouraging others to “go for it” when it comes to pursuing their dreams. The Baker-Gagne Funeral Home is assisting the family with the arrangements. Please share your condolences, messages, stories and sign an online guest book at www.baker-gagnefuneralhomes.com
To order memorial trees or send flowers to the family in memory of Anne Jorunn Guarino, please visit our flower store.