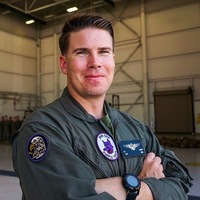 Obituary- Captain Nicholas Peter “Sloppy” Losapio, USMC Nicholas passed away on June 8, 2022, in a training accident in the California desert. He was born on March 10, 1991, in Manchester, NH. He grew up in Kensington, NH where his family resided until 2021. Nicholas graduated from Exeter High School in 2009 and was a member of the wrestling team and The Talon. He graduated Magna Cum Laude from Norwich University in Vermont earning a Bachelor of Science in Construction Engineering Management. He was a member of the Corps of Cadets and Naval Battalion and served as the President of the Semper Fi Society. After graduation in 2013, Nicholas commissioned as an officer into the United States Marine Corps. His USMC career began in Quantico, VA at The Basic School and thereafter, he was off to flight school to fulfill his dream of becoming a pilot. Nick received his “wings” in a 2016 ceremony witnessed by his family in Corpus Christi, TX, after multiple years of training between Pensacola, FL, New River, NC, and Corpus Christi. He never stopped improving his flying skills, most recently completing the Marines Corps Weapons and Tactics Instructor Course in Yuma, AZ. He served as an active-duty pilot attached to VMM-364, “The Purple Foxes” squadron, 3d Marine Air Wing, Marine Aircraft Group (MAG) 39, flying the MV-22B Osprey. After his first deployment, Nick received his official call-sign “Sloppy.” He is remembered by his fellow Marines for his infectious smile and outrageous laugh. The Purple Foxes, whose moto is “Give a Shit,” are stationed at Camp Pendleton, San Diego, CA. After more than nine years in the USMC, with over 1350 flight hours, including 183.5 hours flying combat missions through three overseas deployments, Nick became one “bad ass” Osprey pilot, respected, and admired by many. Nicholas followed in the footsteps of his grandfather, Captain John Henry Neidlinger Noble, Jr. USAF (deceased), a jet pilot in the Korean War. Nick’s passion for the military was also inspired by his other grandfather, Peter Frank Losapio (deceased), US Navy, who served in WWII. He is survived by parents, Michael & Susan Losapio, his younger sister, Amanda, his fiancé, former USMC Captain Kelsie Hancock, with whom he found true love, his grandmother and grandfather, Phyl and Dr. Paul Solomon, Captain, USAF (retired), grandmother Teresa Losapio, his uncle John H. N. Noble, III, John’s wife Lynn, cousins Casey, Bailey and their significant others, his aunt Nancy (Losapio) Wright, her husband Bruce, his cousin Lauren and her husband, his cousin Daniel Wright, hundreds of friends and thousands of individuals whose lives were touched by Nicholas. A celebration of life, including full military honors, will be held at the Lions Camp Pride on Nicholas’s beloved Merrymeeting Lake. Early arrival is encouraged as Military honors will begin the service at 1pm sharp on Saturday, July 9, 2022. The appropriate attire for this event, as indicated in Nick’s final written wishes, is “Hawaiian shirts and linen shorts”. In lieu of flowers please consider a donation in Nicholas’s name to one of the following organizations: The Wingman Foundation 2248 Meridian Blvd, STE H Minden, NV 89423 https://www.wingmanfoundation.org Lions Camp Pride 154 Camp Pride Way New Durham, NH 03855 Mailing: PO Box 135 East Hampstead, NH 03826 lionscamppride44h@gmail.com To view an online memorial, leave a message of condolences or for more information go to: www.baker-gagnefuneralhomes.com
To order memorial trees or send flowers to the family in memory of Captain Nicholas Peter Losapio, please visit our flower store.