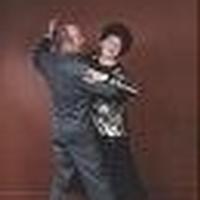 Ned Bullock (Charles E. Bullock II) was born on September 26, 1924 in Haverhill, MA. His soul left this earth on an adventure with the Divine on April 22, 2017.   At age 18, he went into the Army during World War II, and traveled to England, France, and Germany.   When he returned home he did the usual things such as receiving his Business Associates degree and getting a job.   He married Gloria Spaulding on December 27, 1955, and adopted her 4-year old daughter, Jane. They were married for 60 wonderful years.   He worked for a time at Goodhue and Hawkins Boat Yard, and later on found his creative passion in photography. He had a gift for revealing the true spirit of the people he photographed; he also had a gift for creating the right indoor and outdoor scenery. To this day many people have his family portraits, pictures of their children from babies all the way up to their weddings and then their own children.   Ned also took over his father’s Camp Patrol business, which entailed checking the summer camps around the lake for ice damage, break-ins, and so on. Both photography and Camp Patrol gave him great joy, and allowed him to enjoy the woods and lakes from Moultonboro to Alton.   Ned and Glo were a team in both businesses; he doing the photography and patrol while Glo managed the appointments and did all the bookkeeping. When they were not working together, they were out dancing as often as they could. While their main style was ballroom dancing, they also loved disco and swing. Everyone who ever watched them dance could see the great love they had for each other and how that love burnished their dancing to a fine gold.   Early in their lives together, Ned and Glo made a deal: “you do the things you do well, and I’ll do the things I do well.” The result of that agreement was sheer creativity of contentment. Ned’s life was spent in simplicity, humility, sincerity and contentment. He credits it to the love from his wife, Glo, and the love she had for him.   Ned was so pleased and blessed to have his daughter, Jane, and his son-in-law, Doug Fraser, as his loving caregivers at his end of life and adventure.   A graveside service will be 10:30 AM Wednesday April 26, at Lakeview Cemetery, Wolfeboro, NH.   The Baker-Gagne Funeral Home and Cremation Service of Wolfeboro is assisting the family with the arrangements.   Please share your messages, stories, or leave a short note and sign an online guest book at www.baker-gagnefuneralhomes.com
To order memorial trees or send flowers to the family in memory of Charles "Ned" Edwin Bullock II, please visit our flower store.