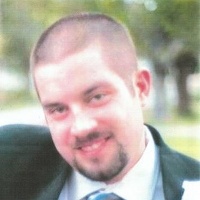 Daniel Jon Biehl entered into eternal rest on August 16, 2019.  He was the son of Laurie (Carville) Bixby and Terry Biehl.   Danny, as he was known by his family and friends, was born on January 5, 1988 in Wolfeboro, NH.  He was the first baby born at Huggins Hospital in 1988.  In his early years he was fortunate enough to be able to stay home with his mother which allowed them to form a close mother-son bond. He attended the Wolfeboro Nursery School, Carpenter School, and Kingswood RHS. He graduated from Lakeside Academy, where he was nicknamed "Beetle", in 2006.   He started working at DeVylder's Market at the age of 14.  He then worked part-time for his father's business, Terry's Independent Heating and Cooling at the age of 16.  He had a brief stint at a local factory and then returned to work with his father, eventually becoming a part-owner in the business.   Danny was happiest when he was active.  He was a good worker, often working nights and weekends in accordance with the nature of his employment.  He had many hobbies and interests including ice fishing, snowmobiling, (aka snow-mo-Biehl-ing) hunting, and target shooting.  He had an amazing ability to recall scenes and actors from any movie or tv series he has watched.  He was extremely generous and would offer help to anyone in need.   He was especially happy at holidays and special events when he was able to spend time with his family.  He was happy when others around him were happy.   Danny is survived by his grandparents, Lawrence and Jane Carville, his mother Laurie (Carville) Bixby and his father and stepmother Terry and Larie Biehl; his half sister Melissa Biehl Scruton, and half brother Travis Biehl, as well as his longtime girlfriend and partner Jen Chamberlin and her sons Landon and Lucas. He is also survived by several aunts and uncles, Linda and Edward Bean, Susan and Wayne McBride, Nora and Alan Dubay. Jane and Robert Nielsen, Patty Carville and Carole Warren and Joe Gray; as well as his cousins Michael Bean, Michelle Bean, Tricia Anderson, Christopher McKenney, Robert Warren, Samantha Warren and Mia Runnals; three nephews Ryan Scruton, Cooper Biehl and Zachary Biehl and a niece Isabel Biehl.   He was predeceased by his loving grandmother, Ida Biehl, his great aunt and uncle John and Jean Carville, and his great aunt Elizabeth Hutchins, his uncle Michael McKenney.   A Memorial Service will be 7:00 PM Thursday August 22, at the Baker-Gagne Funeral Home and Cremation Service, 85 Mill St., Wolfeboro, NH. Please share your condolences, messages, stories and sign an online guest book at www.baker-gagnefuneralhomes.com
To order memorial trees or send flowers to the family in memory of Daniel Jon Biehl, please visit our flower store.