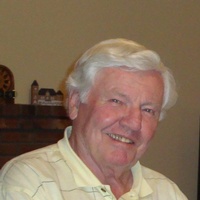 Donald Graham Hughes of Wolfeboro, New Hampshire died at the age of 87, on Sunday April 29, 2018. Born in Boston on March 23, 1931 the son of William G. and Helen A. (Schofield) and later was married to Elaine E. Spencer, who he spent 56 years with their three children. They moved to Needham, Mass in 1971, while summering in Wolfeboro, NH in Port Wedeln, living there together with Don’s sister Lois & brother in-law Al Vater and nieces Carol Vater Merchant & Susan Vater Shadford, until moving to Wolfeboro permanently in 1989. Widower of Elaine Hughes, who died in 2016, he is survived by their 3-children, daughters Lynn Hughes Berger, her husband Bruce, of Wolfeboro, Barbara Hughes of Los Angeles, CA and son Bob Hughes and his 2-children, grandson Dana and granddaughter Jen, of Wolfeboro, and sister Lois Vater of Wolfeboro. Don was known for both his passion and vision to bring about a better community, workplace and life for his family, children and grandchildren; he did just that. Likely best known for his years in Boston, as partners with Dick Horan running Hughes Oil, Don was President of the Better Home Heat Council of Mass. and awarded the first ever “Legend of The Oil Industry” award for all of his hard work dedication to the oil heat industry. Upon retiring from Hughes Oil, his move to Wolfeboro saw him work just as hard/full time at whatever endeavor he was involved in. He was a life long learner and even took a class to learn how to write an autobiography, which he titled “Lucky For Life” as that’s how Don viewed his life. He was always grateful for the good in his life, not focused on what didn’t go his way.   To friends, he was an “Adopted Irishman” who loved a great social outing, and certainly hosted many. He enjoyed skiing, tennis, boating and most of all watching his kids and especially his grandkids in their various athletic endeavors. Whether it was summers out in the boat all day, making sure every kid got a chance to ski, to purchasing the ice making system for the Pop Whalen Arena, helping with Back Bay Hockey, years on the Wolfeboro Planning Board, working to help making the new Town Hall a reality and his beautiful project Depot Square, Don always wanted to leave a place better than he found it. While he was never an owner at Spencer-Hughes R.E. he had a profound impact on its success over the years and enjoyed working with his son Bob on many projects in and around the area. Don passed peacefully in the comfort of his bed at Mountain View Nursing Home where he’d been for some time. He was able to spend some quality time with those closest to him in his final weeks. Visiting hours will be held at Baker-Gagne Funeral Home, Mill Street in Wolfeboro on Friday May 11th, from 4-7 pm. A Funeral Service will be held on Saturday May 12th, at 1:00 at the First Congregational Church on South Main Street in Wolfeboro with Rev. Gina Finocchiaro, pastor, officiating.  In lieu of flowers, Don would love to have any donations go to the “Resident’s Activity Fund” at Mountain View Nursing Home of Ossipee, New Hampshire.
To order memorial trees or send flowers to the family in memory of Donald Graham Hughes, please visit our flower store.