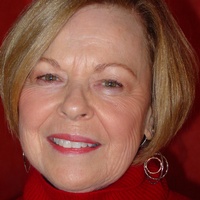 Tuftonboro, NH-Janet Rae (Demeritt) Peterson, 76 of Bennett Farm Rd., Mirror Lake, NH died February 18, 2019 at her home.   Born in South Weymouth, MA March 30, 1942 daughter of the late Raymond Demeritt and Olive (Prario) Boucher. She graduated from Braintree High School in 1959 and relocated to New Hampshire with her family in 1973.   Janet worked as a secretary for the former North East Marina, as a secretary for the Governor Wentworth School System, and as a legal secretary for the former Shea and Mertins Law Office in Wolfeboro   She was a member of the First Christian Church in Wolfeboro, the Daughters of the American Revolution and the General Society of Mayflower Descendants.   Janet enjoyed decorative painting, beading jewelry and spending countless hours researching family genealogy.    Pre-Deceased by her parents and a sister Joyce Smith she leaves her husband of fifty six years Carl Leonard “Len” Peterson, JR, a son Mark Steven Peterson of Williamsport, PA, a daughter Kimberly Joyce Peterson of Vail. CO and a granddaughter Kiera Peterson.   A Memorial Service will be at the First Christian Church in Wolfeboro on March 9 at 11:00 AM   Burial will be in Townhouse Cemetery in Tuftonboro, in the spring.   Donations may be made in her memory to: Shriners Hospitals for Children, to Daughters of the American Revolution, or a charity of your choice.   The Baker-Gagne Funeral Home and Cremation Service of Wolfeboro is assisting the family with the arrangements.   To leave the family a brief message, a note of condolence and sign an online guest book go to: www.baker-gagnefuneralhomes.com    [RG1]
To order memorial trees or send flowers to the family in memory of Janet Rae Peterson, please visit our flower store.