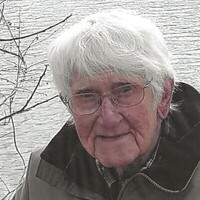 Jefferson Coburn Lovering Jr., 95 of Whitten Neck Road, Wolfeboro transitioned peacefully at home with family by his side on August 16, 2022. Jeff was born September 17, 1926 in Wolfeboro to Christine (Jones) Lovering and Jefferson Coburn Lovering. He graduated from Brewster Free Academy in 1944. Upon graduation, he eagerly enlisted in the US Navy and went on to serve in the Pacific during World War II. After honorably serving his country, Jeff returned to Wolfeboro where he went on to marry the love of his lifetime Joan Githens. He worked for some time at General Dynamics Electric Boat, a shipyard in Groton, CT. before ultimately returning to Wolfeboro and taking employment at the Portsmouth Naval Shipyard in Kittery, ME where he worked as a pipefitter in Shop 56 for over 26 years, having worked on many submarines including the USS Thresher and the USS Albacore. After his retirement, Jeff, affectionately known as “Poppy” to his family, spent time working for his son Jonathan, a building contractor, taking great pride in keeping all the job sites neat and tidy. In 1984, he helped three of his other sons to open Bread and Roses Bakery in Wolfeboro and could often be found there tending to everything from shoveling the walkways in winter, to planting and caring for the beautiful outdoor flower beds in the summer. Jeff always had a song in his soul and a tune in his heart, and was known by many as the man about town humming or singing his way through the day. Jeff was predeceased by his wife Joan, their daughter Judith, and his sister Marguerite Young. The incredible legacy of love left behind includes his six children, sons Jefferson, Jonathan and his wife Patricia of Wolfeboro, Judson and his wife Susanne of Exeter, Jason and his wife Laura of Wolfeboro, Joshua of Wolfeboro, and daughter Joanna and her partner Mark of Tuftonboro. Additionally, he leaves behind his beloved sister June Hutchins of Wolfeboro, with whom he shared a special friendship, particularly later in their lives when they could often be found running errands together or taking a stroll along the Bridge Falls Pathway. He would say the greatest accomplishment of his life was his family, and nothing brought him more pride and joy than spending time with them. In addition to his six children, Jeff was the proud “Poppy” to his 11 grandchildren (Jonathan, Shayne, Sethan, Janka, Julian, Dylan, Sarah, Caleb, Tucker, Colton and Garrett). He was also blessed with 4 great grandchildren (Jaylin, Ellory, Coburn and Otis). Calling hours will be held on Saturday August 27, from 1-3 at Baker-Gagne Funeral Home, 85 Mill Street in Wolfeboro. In lieu of flowers, donations in his memory can be made to the Lovering Health Center at 559 Portsmouth Ave, Greenland NH 03840 or to Cornerstone VNA-Hospice 178 Farmington Rd, Rochester NH 03867. To view an online memorial, leave a message of condolences or for more information go to: www.baker-gagnefuneralhomes.com
To order memorial trees or send flowers to the family in memory of Jefferson Coburn Lovering, please visit our flower store.