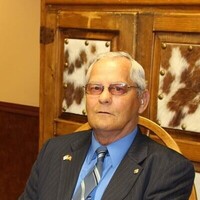 John Francis Cowan Sr., 70 of Beech River Circle, Center Ossipee, NH passed away January 8, at his home. John was born in Boston, MA December 21, 1951 son of the late Joseph and Sarah (McLennan) Cowan. He grew up in Billerica, Ma, moved to Charlestown, MA after his discharge from the Marines and moved to New Hampshire 25 years ago from Lynn, MA. During the Vietnam War he served his country with the United States Marines. Most of his life he worked as a self-employed auto mechanic. John enjoyed working on vehicles, working at a campground, riding his 4 wheeler and watching TV. Survivors include his son John F. Cowan JR of Pinson, AL, a brother Dennis Cowan of Florida and numerous nieces and nephews. Services will be 1:00 PM Friday, January 14, 2022 with Military Honors at the Baker-Gagne Funeral Home, 2395 White Mtn. Highway, West Ossipee, NH The Baker-Gagne Funeral Home and Cremation Service is assisting the family with the arrangements. To view an online memorial, leave a message of condolences or for more information go to: www.baker-gagnefuneralhomes.com
To order memorial trees or send flowers to the family in memory of John Francis Cowan SR, please visit our flower store.