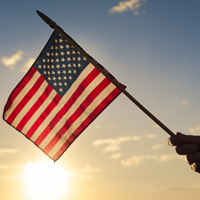 Wolfeboro, NH-John W. Lochner, 91, of Robin Acres Drive, Wolfeboro, died May 26, at Mountain View Community in Ossipee, NH. John was born in West New York, NJ on Feb. 13, 1927 son of the late Hans and Teresa (Lutz) Lochner.  He lived in Wolfeboro for the last 18 years after moving here from Ridgewood, NJ.     During WWII he served his country with the United States Army. He played the cello in the Ernie Pyle Symphony Orchestra while stationed in Japan.     John was a music teacher for almost 30 years in the Ridgewood, NJ school system, and also served as Supervisor of Music for that town until he retired.  He belonged to the American Legion, Local 248 of the American Federation of Musicians, the NJ Education Association and was a parishioner at St. Katharine Drexel Church in Alton, NH.      As much as he loved educating, however, he was primarily a fine musician, having played the cello professionally all his life, mostly with orchestras and chamber groups throughout the NY metropolitan area. John was also a conductor, and led the Ridgewood (NJ) Symphony Orchestra for many years.     Pre-deceased by two daughters, Gretchen Gonzales and Morgwn Gonzales, he is survived by his loving wife of 67 years, Marilyn (Barthel) Lochner of Wolfeboro, a son Steven Lochner of NC, and four daughters: Kristin Isley of Tuftonboro, NH, Karin Bennett of Shelter Island, NY, Susan Lochner of Teaneck, NJ and Nancy Lochner of San Diego, CA, as well as by a grandson, Max Bennett.     A Memorial Mass will be held at 10:00 AM on Monday June 4, 2018 at St. Katharine Drexel Church 40 Hidden Springs Rd., Alton, NH. Burial will follow at 12:30 PM at the NH State Veterans Cemetery in Boscawen, NH.     In lieu of flowers donations may be made in John’s memory to Central NH VNA & Hospice, PO Box 1620, Wolfeboro, NH.     The Baker-Gagne Funeral Homes and Cremation Service of West Ossipee and Wolfeboro are assisting the family with the arrangements.     Please share your messages, stories, or leave a short note and sign an online guest book at www.baker-gagnefuneralhomes.com
To order memorial trees or send flowers to the family in memory of John William Lochner, please visit our flower store.