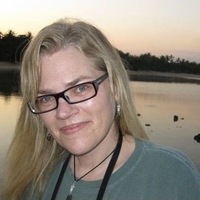 Moultonboro--Kristen Dilger, 52, of Moultonborough joined the Lord May 31 at the Mineral Springs Care and Rehabilitation Center in North Conway after a long health battle. She was born September 30, 1968, in Dearborn, Michigan, the daughter of Nancy M. Anderson of Silver Lake, NH, and David Anderson of West Boylston, Mass. After graduating from Milford High School, Kristen launched her career in the fragrance industry in 1987 at what is now Alene Candles of Milford, NH. Rising up the ranks, Kristen eventually took her expertise to Unlimited Brands of Columbus, Ohio, where she became manager of manufacturing engineering. In addition to her parents, family members include her son, Tyler, his wife, Elizabeth, and granddaughters, Luna and Nova--”my precious babies,” as Kristen called them--brothers Brent Anderson and his wife, Kimberly, of Moultonboro and Erik Anderson and his wife, Charlotte, of Washington, DC; two nieces and four nephews. Notable people included friend for life Kim Hollis of Duluth, Minn.; Vit Tejasakulsin of Columbus, Ohio; Deb Trybe of Hudson, NH; and Donna Garron Martel of Alene Candles. Kristen enjoyed gardening, snuggling with her dog, Winnie, and traveling. She made visits to Thailand, where her ashes will be brought. A remembrance service will be held at her Moultonboro house Friday, June 11, starting at 5 pm. Baker-Gagne of Wolfeboro handled the funeral arrangements. The family expresses gratitude to Dr. Robert Kirkpatrick at The Ohio State University Wexner Medical Center, Dr. Ronald Yap at the Concord Hospital, and all the nurses and staff at both places for the care they gave her. In lieu of flowers, donations are encouraged for the Lakes Region Visiting Nurses Association at lrvna.org/donate. At her last moments, Kristen was comforted by “Nurse Katie,” her description of her brother Brent’s daughter. As her son, Tyler, says: “Kristen may be gone, but she will never be forgotten, living on in the hearts of those who loved her.” Rest in peace, Sissy. The Baker-Gagne Funeral Home and Cremation Service is assisting with the arrangements. To sign an online guest book, leave a message or condolences, go to: www.baker-gagnefuneralhomes.com
To order memorial trees or send flowers to the family in memory of Kristen Marie Dilger, please visit our flower store.