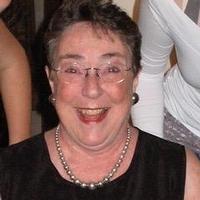 Montreal — Leslie Adele Brooks, a long-time resident of Montreal, died on December 31st at St Mary’s Hospital in Montreal after a short illness. She was 78 years old.   Born in 1938 in Tuftonboro, N.H., Leslie received a degree in Teaching and Nursing Supervision from McGill University in 1965. She continued her education at Concordia University receiving a Bachelor of Arts in 1980. Leslie worked at various psychiatric nursing facilities and hospitals early in her career but retired from Children’s Hospital in Montreal after many years of service.   In her earlier years, Leslie was an avid traveller, loving her trips to Europe, including skiing in Kitzbuhel, Austria, and she enjoyed a good hike, often participating in family treks up Mt Washington in NH. She volunteered her time at local museums and political campaigns, and was quick to share her opinions and thoughts.  She enjoyed spending summer and fall weeks in her hometown of Tuftonboro, NH at the “school house,” and time in Ocean Park, ME with family.  Leslie loved good food and socializing, and enjoyed going to museums and events with friends. She recently became interested in studying family genealogy and enjoyed passing her knowledge, documents and pictures onto other members of the family. She had a wonderful smile and laugh and unmistakable presence in a room.   She is survived by her cousins, Joan McDonald, Marsha Buerk, Wayne Cheney, Brenda Shulz and several other cousins and second cousins. She is remembered fondly by her cousin’s children and their children as “Auntie” and although living far away, always remembered birthdays and holidays with thoughtful and unique gifts. She is also survived by a multitude of close friends in Montreal and several friends in Tuftonboro, NH.     A memorial service will be held on Thursday, June 29 at Melvin Village Community Church in Melvin Village, NH at 10AM. Interment service will follow at the Pine Hill Cemetery in Wolfeboro, where she will be buried along with her mother, Lillian Cheney Brooks in the Cheney family plot. Refreshments and a gathering time to remember Leslie will follow at her home on Middle Road in Tuftonboro.   Memorial gifts may be made to Montreal Children’s Hospital, and the Tuftonboro Free Library in Tuftonboro, NH and the Ocean Park Association, Ocean Park, ME.
To order memorial trees or send flowers to the family in memory of Leslie Adele Brooks, please visit our flower store.