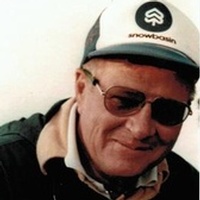 Wolfeboro, NH-Lloyd James Beacom, 87 of Percy Dr., Wolfeboro died October 20, 2017 at Portsmouth Regional Hospital.   Lloyd was born April 3, 1930 in Mt Kisco, NY son of the late Theron Light and G. Esther (Foshay) Beacom. He lived most of his life in Katonah, NY before moving to Wolfeboro in 1993.   Lloyd received his Bachelor’s Degree from Clarkson University. He worked as a car salesman for several years before working as the Director of Maintenance for Allied Fuel at JFK Airport in New York.   Lloyd’s enjoyed playing Hockey, Baseball, Skiing, Fishing, Boating and Travelling. He was an avid fan of car racing.   Lloyd was a member of the Katonah Volunteer Fire Department for 66 years, he volunteered his time with the Katonah Youth Hockey League and the Wright museum. He was also a member of the Wolfeboro Snowmobile Club.   Pre-Deceased by a son Charles Beacom in 1985, he is survived by his wife Nancy Lee (Rathgeber) Beacom, a daughter Cynthia Beacom of Peabody, MA and a sister Joan Leo of Pompano Beach, FL.   Visitation will be 4-6 PM Friday October 27 followed by a service at the Baker-Gagne Funeral Home and Cremation Service, 85 Mill St., Wolfeboro, NH.   Burial will be in Amawalk Hill Cemetery in Amawalk, NY at a later date.   Donations may be made in Lloyd’s memory to the Lakes Region Humane Society, PO Box 655, Ossipee, NH 03864.   Please share your messages, stories, or leave a short note and sign an online guest book at www.baker-gagnefuneralhomes.com
To order memorial trees or send flowers to the family in memory of Lloyd Beacom, please visit our flower store.