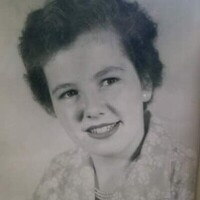 Marilyn Adelaide Brooks, 78 of Danforth Lane in Madison, passed away peacefully March 12 at Genesis Mineral Springs in North Conway. Marilyn was born in North Conway December 6, 1942 daughter of the late Philip and Bernice (Shackford) Brooks. She lived in Lynn and Beverly, Massachusetts for many years moving to Madison in 1975. Marilyn worked for Shaw’s Grocery store, and as a member of the Eastern Star she was the Worthy Matron 5 different times. She is survived by a son Mark Andrew Chute of Madison, 2 daughters Christine Frederica White of Ossipee, Denice Leigh Ross of Fairfax, Vermont, a brother Jerry Malcolm Brooks of Freedom, a sister Patricia Ellen Talbot of Charlotte, North Carolina, 5 grandchildren and 2 great grandchildren. A graveside service will be 11:00 AM July 2 at Lakeview Cemetery in Freedom, NH. The Baker-Gagne Funeral Homes and Cremation Service of West Ossipee and Wolfeboro are assisting the family with the arrangements. Condolences may be offered at www.baker-gagnefuneralhomes.com In lieu of flowers donations may be made to Dana-Farber Cancer Institute, P.O. Box 849168, Boston, MA 02284 or dana-farber.org/gift.
To order memorial trees or send flowers to the family in memory of Marilyn Adelaide Brooks, please visit our flower store.