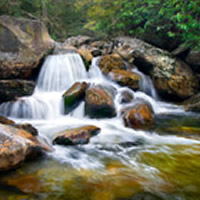 Wolfeboro, NH-Michael McCue, 61 of Mill Pond Rd., Melvin Village died August 19th, 2017 at Wolfeboro Bay Center and Rehab.   Born in Dunfermline, Scotland August 26, 1955 son of the late Charles and Catherine McCue. Michael grew up in Scotland, and then enlisted in the Argyll and Sutherland Highlanders Regiment, serving Her Majesty both in the United Kingdom and overseas. Upon Michael’s retirement from the army he and his late wife Joanne moved to the United States in 1995.  While living in the US Michael spent 15 years driving cross country for Werner Enterprises.   “Mickey” was an avid Mountain Climber. He loved to drive race cars, his freight liner truck, even the family car on holidays.  He also had a passion for music, he played the drums in his regimental pipes and drum band and spent countless hours listening to Celtic, classical and rock music.   Pre-Deceased by his wife Joanne (DeJordy) McCue in 2016 he leaves 2 daughters Lee-Anne Field of Bridgton, ME, Kirsty Ridings of Wolfeboro, 3 grandchildren Olivia, Catherine and Paul, 5 brothers, Jim McCue, Patrick McCue, Alec McCue, John McCue and Charles McCue all of Scotland.   Calling Hours will be 12-1 PM Monday August 28 at the Baker-Gagne Funeral Home, 85 Mill St., Wolfeboro. A Funeral Mass will be 2 PM Monday August 28 at St. Katharine Drexel Church in Alton, NH. Burial will follow in Lakeview Cemetery, Wolfeboro.   Please share your messages, stories, or leave a short note and sign an online guest book at www.baker-gagnefuneralhomes.com
To order memorial trees or send flowers to the family in memory of Michael McCue, please visit our flower store.