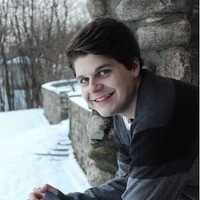 West Ossipee- It is with great sadness that we announce the tragic passing of our son, Michael “Mikie” Kenneth Mowry III. Michael, age 19, passed away on August 30, 2020 in Rochester, NH. He was born in Dover, NH on May 22, 2001 and lived in East Wakefield before moving to West Ossipee. Michael is survived by his mother, Aimee (Neergaard) Lussier and stepfather, George Lussier; father, Michael Mowry Jr.; brothers, Caden Lussier, Colby Lussier, and Jackson Mowry; loving girlfriend, Ocean Hubbard; maternal great-grandmother, Mary J. Neergaard; paternal great-grandparents, George and Josephine Charron, Kenneth Mowry and Jeanette Jionti; maternal grandparents, William Neergaard Jr and JoAnne Burton; paternal grandparents, Michael and Kathy Mowry; maternal uncle, William Neergaard III and his wife, Auntie Leah; paternal uncle, Jason Mowry; close friends, Dan Sims, Jacob Knowlton, Kadin Colboth-Mason, Tommy Beesley, Connel O’Brien; and several aunts, uncles, cousins and friends. He was preceded in death by his maternal great-grandfather, William R. Neergaard Sr. and step-grandfather, Raymond Lussier. While living in E. Wakefield, Michael attended Paul School and Spaulding High School. After moving to West Ossipee, he attended Kingswood Regional High School and participated in the DECA program at Lakes Region Technology Center. He graduated in 2019. Michael attended Great Bay Community College in Fall 2019. Michael was an avid lover of sports and a talented athlete. He enjoyed snowboarding and playing baseball. During his young life he played for Wakefield Parks and Rec, Farmington 500, Babe Ruth, Mavericks, Spaulding, Kingswood, and most recently Senior Babe Ruth. He had the honor of playing in multiple championship games including the Farmington 500 Majors, 2013 and the Joel Gagnon Memorial Day Tournament U-12, 2014. Mikie was a brilliant and bright young man who lived life lavish. He valued and cherished time with his family, girlfriend, and friends. It was the little things in life that brought him the most joy and he lived life to the fullest every day. He was a hilarious individual who made everyone around him laugh. Mikie would light up a room with his energy and humor. To say that he had a big heart is an understatement. He was the most caring, loving, nicest person you would ever meet. He would do whatever it took to make everyone around him happy and made sure they had everything they needed. Mikie was brave and he was taken from us too soon. He will be greatly missed by everyone that knew him. He was the kind of young man that anyone would be proud to call son, grandson, and friend. A celebration of Michael’s life will be held on Saturday, September 5th from 1-4 PM at the Wakefield Ballfields. Please also join us for a time of gathering and viewing of memorabilia that represented his life on Saturday. September 12th from 2-5 PM at the Baker-Gagne Funeral Home, 85 Mill St., Wolfeboro. In lieu of flowers, the family requests that contributions be made in Mikie’s name to Wakefield Parks and Rec. If you wish to express a condolence or leave a fond memory, please visit www.baker-gagnefuneralhomes.com
To order memorial trees or send flowers to the family in memory of Michael Kenneth Mowry III, please visit our flower store.