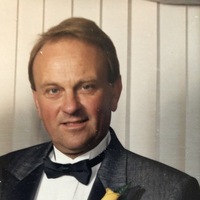 Wolfeboro, NH-Norman R. Tache, 79 of King’s Pine Rd., Wolfeboro Falls passed away August 29, 2020 at Mass General Hospital in Boston after a brief illness. Norm was born April 20, 1941 in Salem, MA son of the late Joseph and Sabena (Miaskiewicz) Tache. He grew up in Salem and lived there until 2003 when he moved to his summer home in Wolfeboro that he oversaw the construction of in 1972. He was a proud 1958 graduate of Salem High School where he played basketball, baseball and met his beloved wife Claire. After graduating from high school he earned an Associates Degree from Wentworth Institute of Technology, where he continued his baseball and basketball careers. He subsequently earned his Bachelor’s degree from Northeastern University. Norm began his career with the Mosler Safe Company selling security equipment to banks throughout southeastern New England. He moved on to a Senior Vice President role at Essex Office and then finished his career at his own firm, C&N Marketing. He contributed to his community volunteer activity for the Salvation Army and his membership in the Lions Club, where he served as President for several years. He honed his golf skills during nearly 20 years as a member of the Tedesco Country Club (winning several Blue Coats) before moving to NH full time. In Wolfeboro he was a member of the Kingswood Golf Club and especially enjoyed playing with the “noonies”. Norm’s love for the Celtics, Red Sox and Patriots was topped only by his love for all the teams his children and grandchildren played for. Survivors include his wife Claire (Campbell) Tache of Wolfeboro, a daughter Denise (Tache) Reilly and her husband Michael of North Reading, MA their sons Liam, Owen, and Aidan, a son Ronald Tache and his wife Caren (McCarthy) Tache of Middleton, MA and their children Camille, Samantha, Veronica and Griffin. In lieu of flowers, the family suggests donations to the Brian D. Silber memorial fund (briansilberfund.org) or a charity of their choice. A Memorial Mass will be 11:00 AM Thursday September 3 at St Katharine Drexel Church, 40 Hidden Springs Rd., Alton, NH. A memorial service will also be held in Massachusetts at a later date. The Baker-Gagne Funeral Home and Cremation Service of Wolfeboro is assisting the family with the arrangements. If you wish to express a condolence or leave a fond memory, please visit www.baker-gagnefuneralhomes.com
To order memorial trees or send flowers to the family in memory of Norman Ronald Tache, please visit our flower store.