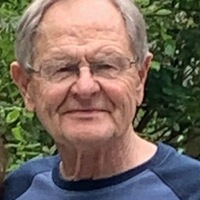 Peter Bowman McDowell passed away on Nov. 21, 2021 at the age of 79. Pete was at home surrounded by loved ones who continue to admire and revel in his strength and determination. His friends and family are aware of his faithful daily exercise routine which he continued up until his illness which worsened in October. People may not know that his daily cycling involved stopping to talk to neighbors, local policemen, and even the homeless camps in Port Charlotte. His consistency had people looking forward to his daily visits, either with conversation or just a wave as he pedaled onward. Pete grew up outside of Philadelphia and graduated from Gettysburg College in 1965. After earning his Master’s Degree at Western Maryland College he worked in the Carroll County school system for 30 years. Pete cherished building relationships with young people as a coach, teacher, counselor and principal. Pete ultimately ended his career in the school system as Director of Secondary Schools. Pete was preceded in death by his wife, Janet Johnson McDowell, and his parents, Alf and Frankie McDowell. He is survived by his wife, Susan Doney McDowell of Alton, NH. In addition to his wife, Pete is survived by his daughter, Jane, and her husband, Keith Smith of Winter Garden, FL, and their children, Brennan and Stephanie Smith, and Parker; his son and daughter-in-law, Michael and Barbara McDowell of Bozeman, MT. and their children, Morgan, Matthew and Brooke; and his daughter Susan, son-in-law Ben Scott, and their son Sam of Fort Collins, CO; his sisters Susan Heppenstall, Jude Austin and Polly McDowell; his step-daughter Jamie Doney of Baltimore, MD, and his step-grandchildren Jasmin, Jaden, Justin and Isabel; and 16 nieces and nephews who each have their own special "Pete memories". Visitation will be held at Baker-Gagne Funeral Home, 85 Mill Street, Wolfeboro, NH 03894 on Saturday, November 27, 2021 from 11am-1pm. Memorial Service will follow at 1pm. In lieu of flowers the family asks that you make a donation payable to Dartmouth-Hitchcock Health and send your check to Office of Development & Alumni Relations, Dartmouth-Hitchcock/Geisel School of Medicine, One Medical Center Drive (HB 7070), Lebanon, NH 03756. You can also donate online at: https://www.dartmouth-hitchcock.org/donate. To direct gifts to Neurology, mention Fund: 2-22668, Neurology Research. To view an online memorial, leave a message of condolences or for more information go to: www.baker-gagnefuneralhomes.com
To order memorial trees or send flowers to the family in memory of Peter Bowman McDowell, please visit our flower store.