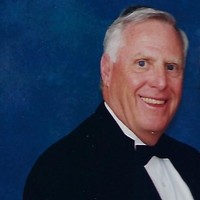 Robert Francis Smith, 77 Wolfeboro, NH and Arrowtown, NZ               On October 14, 2019, Robert Francis Smith passed away surrounded by his family, following a long battle with prostate cancer. Born January 10, 1942 in Cambridge, MA to the late Hubert A. Smith and Eleanor Mahoney Smith, he grew up in Arlington, MA and was a multisport athlete at Arlington High School. He went on to graduate from the College of Communications at Boston University. He served his county in the US Army Reserves from 1964 to 1970. He moved to Andover, MA where he and his first wife Eleanor Doyle Smith raised five children. He served on the Andover School Committee and was active in both Little League and Youth Hockey programs.             Robert had a long and successful career as a Manufacturer’s Representative in the Plumbing, Heating, and Cooling Industry. He was the recipient of several awards including Manufacturer of the Year for the Plumbing Heating Cooling Contractors (PHCC) of Maine, New Hampshire and Massachusetts. He was passionate about football and was a football official for 51 years, retiring after the 2018 season.   During his last few years he served as a technical advisor and communicator in the replay booth for the Ivy, Patriot, and Colonial Leagues. Although he officiated many important games like Harvard vs Yale, the 150th meeting of Lehigh vs Lafayette at Yankee Stadium, and URI vs Villanova in Milan, Italy, his fondest memory was a Division III game when Bates beat Bowdon, ending one of the longest losing seasons in college football history.             Following his marriage to Corrine Dubel Smith in 1987, he moved to Wolfeboro and they made their home on Rust Pond. He enjoyed boating, skiing, walking, hiking, and golf.   He was a member of the Kingswood Golf Club. He also enjoyed hiking in the Southern Alps where he and Corrine spent three months a year at their home on the South Island of New Zealand. They were both members of the Wakitipu Walkers and Arrow field Golf Club.             Besides his parents, Robert is predeceased by his brother Philip Smith, his brother Clifford “Terry” McKeon, his first wife Eleanor Doyle Smith, and their first born infant son.             He is survived by his loving wife of 33 years, Corrine Dubel Smith; daughter Catherine Smith of Boston; son Robert F. Smith Jr. and his wife Deana, (Annemarie, Michael, Elias, and Josephine) of Haverhill, MA; daughter Elizabeth Smith (Gisele) of Lowell, MA; son Philip Smith of Lowell, MA; daughter Eleanor Smith and husband Kris Stevens (Connor, Finnian, and Doyle) of Lowell, MA; step-daughter Gwen Taquet and her husband Jean François (Tristan and Sofia) of Queenstown, NZ; step-daughter Gretchen Russell and her husband Allen (Hunter and Hayden) of Tuftonboro, NH, and step-son Greg Shannon and his wife Keri (Brogan and Ryder) of Wolfeboro, NH. He is also survived by his beloved sister Anne Marie Sweeney and her husband Jack of Laconia, NH and Fort Meyers, FL; and his brother’s wife Judy Smith of Laconia, NH. In addition, he leaves and exceptionally close and extended family of cousins, nieces, nephews, and special friends met all over the world.             Robert will be remembered as a loving and devoted husband, a wonderful father, and a cherished grandfather “Pop Pop”. He was a true friend to anyone who crossed his path and was a gifted storyteller.                         A Mass celebrating his life will be held at St. Katharine Drexel Church in Alton, NH at 11:00 AM on Monday October 21, at 11:00 am. Calling hours will be on Sunday October 20, from 1-5 at the Baker-Gagne Funeral Home on Mill Street in Wolfeboro, NH. Donations can be made to the Franciscan Children’s Hospital in Brighton, MA.             The Baker-Gagne Funeral Homes and Cremation Service is assisting the family with the arrangements. Please share your condolences, messages, stories and sign an online guest book at www.baker-gagnefuneralhomes.com
To order memorial trees or send flowers to the family in memory of Robert Francis Smith, please visit our flower store.