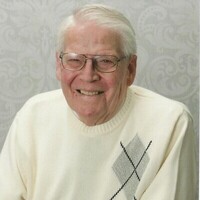 Roger M. Olson of Tamworth, New Hampshire left this life on February 18, 2022 after a long period of declining health with his wife Pat by his side. He was born on December 26, 1940 in Worcester, Massachusetts the fourth son of Swedish Emigrants Karl E. and Anna C. (Nyberg) Olson. He was a 1959 graduate of North High School and 1961 from Worcester Junior College with a degree in Mechanical Engineering. Upon graduation he joined the Wyman-Gordon Company where he was employed for thirty-eight years until the company was bought and he was laid-off. He worked the next seven years for Astra-Zeneca in Westborough. He met his future wife Patricia M. Harmon at choir rehearsal in the Church they both grew up in. They were married there at Zion Lutheran Church on June 1, 1963 and happily married for 58 years. In 1967 they moved to Shrewsbury where he was active in Mt. Olivet Lutheran Church as a choir member, served on the Church Council and was a youth advisor, Assistant-Scout Leader of Boy Scout Troop #114, Little League Baseball Coach. He was an active member of Good Shepherd Lutheran Church in Westborough. He volunteered for Camp Calumet Lutheran and the Green Mountain Conservation Group in N.H. He was a member of the Scandinavian Athletic Club of Shrewsbury and the Swedish Ancestral Research Association of Worcester. Together they raised their three children, Mark R., Todd R. and Sheryl A. in Shrewsbury. He was pre-deceased by his parents and two brothers, Roland E. and Irving W. Besides his three children he leaves three grandchildren: Taylor L., Erik C. and Jacob A. Olson, his brother Donald L. of Worcester, 5 nieces and cousins. He also leaves behind two “Chosen Granddaughters” Nishka and Aarushi and their parents Pankaj and Mandy. Pat would like to thank the VNA Hospice of Carroll County and Pastor Nathan Hall of Nativity Lutheran in North Conway. She is also grateful for the support from neighbors and friends. A Memorial Service will be held at Good Shepherd Lutheran Church in Westborough in late Spring. Burial will be in All Faiths Cemetery in Worcester. In lieu of flowers donations may be sent to either Good Shepherd Lutheran Church, 183 West Main Street, Westborough, MA. 01581-3406 or Camp Calumet Lutheran, PO Box 236, West Ossipee, New Hampshire 03890-0236. The Baker-Gagne Funeral Home and Cremation Service is assisting the family with the arrangements. To view an online memorial, leave a message of condolences or for more information go to: www.baker-gagnefuneralhomes.com
To order memorial trees or send flowers to the family in memory of Roger Milton Olson, please visit our flower store.