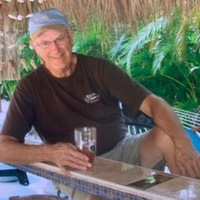 Wakefield, N.H. - Roland P. Belanger, 78, passed away peacefully with his family by his side on October 6, 2021, in Wolfeboro, N.H. He was born in Woonsocket, R.I. on December 23, 1942. He was the husband of the late Rita (Lemire) Belanger and the son of the late Edmond and Viola (Landry) Belanger. He was a graduate of Mount Saint Charles Academy and attended the Rhode Island School of Design. He had been a member of the National Guard for six years. He previously lived in Woonsocket, Cumberland, and Burrillville R.I. before moving to N.H. in June 1999. He was a firefighter for the city of Woonsocket for twenty four years before retiring in 1997. Previous to that he worked for several automotive dealerships in R.I. and MA. He was an accomplished finished carpenter which he demonstrated in the company he owned in the 1970’s and 1980’s, DDC. He still enjoyed spending time in his workshop with various projects. In the 1980’s he and his wife enjoyed sailing Narragansett Bay with their sons and daughter on their “DDC” and “Woodwinds” sailboats. Family and friends were an important part of his life and he enjoyed spending special moments with Macey “sunshine” in N.H. In the later years of his life he spent many relaxful hours traveling with his wife in their RV. He enjoyed fishing and spending time outdoors. He leaves a daughter Claudine Hanks and her husband Stephen of Slatersville, R.I., two sons- Dennis Belanger of Slatersville, R.I. and Daniel Belanger and his wife Michelle of Franklinton, LA. Three grandchildren- Quenton and Zachary Belanger of Covington, LA. and Macey Marie Hanks of Slatersville, R.I. A sister Lorraine Richard and her husband Paul of The Villages, FL., a niece and nephew. A Funeral Mass will be held on November 6, 2021 at 11 a.m. at St. John The Evangelist Church in Slatersville, R.I. with visitation prior to Mass from 10-10:45 a.m., Myrick Drive entrance. Burial will be private at a later date. The Baker-Gagne Funeral Home and Cremation Service of West Ossipee, NH is assisting the family with the arrangements. To view an online memorial, leave a message of condolences or for more information go to: www.bakergagnefuneralhomes.com
To order memorial trees or send flowers to the family in memory of Roland Paul Belanger, please visit our flower store.