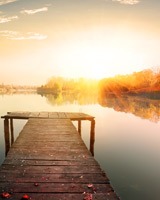 Walter Spellman, 73, of Wolfeboro New Hampshire, formerly of Lexington MA, passed away on May 17 of ALL Leukemia. He is survived by Laura Spellman, his devoted wife of 46 years, his son Brian and daughter-in-law Kim of Medfield MA, plus his son Todd and daughter-in-law Shannon of Burlington VT. Four beautiful grandsons; Ty and Cam of Burlington VT, Drew and Boden of Medfield MA. He is also survived by his brother-in-law and sister-in-law Stu and Lynne Elfland, his nieces Samantha Elfland and Jaclyn Laufer (Peter). After college with a degree in Interior Design, Walter began his career in sales of commercial furniture and eventually as a representative for educational furniture. He worked for a time as a fireman for the town of Lexington after his father retired as fire chief of Lexington. He was able to have the dual career for 8 years, but ultimately resigned from the fire department to pursue a managerial role in the commercial furniture business. He began a working relationship as a Sales Rep with a German educational furniture company, VS, in 2000, that he worked for until his death. In his spare time Walter enjoyed playing hockey in a men’s league, skiing with the family on the mountains in New Hampshire, Europe, and out west plus playing golf. He was a member of Kingswood Golf Club where he served on the board for several years. After owning both a home in Lexington where they raised their family and having vacation property for 20 years, Walter and Laura decided to build a home on Crescent Lake in Wolfeboro NH when they became empty nesters in 1998. They made that their only residence and became involved in the community. Living on the lake allowed them to enjoy boating, jet skiing, swimming, and, of course, tubing with the grandsons. For several years Walter and Laura wintered in Naples FL where they enjoyed playing golf, going to the beach, and dining with many friends. A memorial service will be held on Sunday June 14th outside at Kingswood Golf Course at 2 p.m. In place of flowers, please make a donation to Dana Farber Cancer Institute of Boston MA or Seacoast Cancer Center in Dover NH. The Baker-Gagne Funeral Home and Cremation Service of Wolfeboro is assisting the family with the arrangements. To share your condolences, messages, stories and sign an online guest book, visit www.baker-gagnefuneralhomes.com
To order memorial trees or send flowers to the family in memory of Walter Francis Spellman, please visit our flower store.