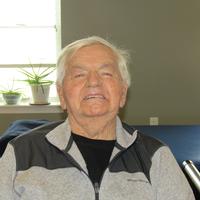 William Irving Coffin, Jr. (Bill) passed away peacefully on Tuesday, May 23, 2017 after a brief illness. He was born in Lawrence, Massachusetts on April 13, 1927.    He was the son of William Irving Coffin, Sr. and Madeline Coffin (Richardson) He is survived by his wife of 68 years, Winnifred Lue (Odiorne) Coffin, a son, Glenn B. Coffin, Sr. (Maureen), and daughters Linda J. McKeown (Thomas) and Jill Sanderson, six grandchildren and seven great grand-children.   He grew up in the Town of Wilmington, Massachusetts and graduated from Wilmington High School. He enlisted In the United States Navy during WWII.  He was honorably discharged in 1945 and went into business with his father working in the pipe fitting, welding and engineering industry.    He and Winnifred moved to the Town of Hanover in 1959, where he was an active member of the volunteer fire department and they remained until 1972, during that time they summered on Cape Cod in East Dennis. They were members of the Dennis Yacht club for many years where Bill served as the Vice Commodore.  In 1972, he and Winnifred relocated permanently to East Dennis and operated Sesuit Marine Service until their retirement to Florida in 1986, eventually retiring to Intervale, NH. In East Dennis, “Bill” was well known locally for his fishing talents, especially tuna fishing a passion for which he was recognized in the local press many times.  He held a USCG Captain’s license and conducted boats back and forth through the inland waterways along the eastern seaboard of the United States for many years.   He was a member and the Senior Past Master of Friendship lodge AF & AM in Wilmington, MA, a member of Mount Horeb Lodge in South Dennis, a member of Phoenix Lodge in Hanover, MA and a current member of Mount Washington Lodge # 87 AF&AM. He belonged to the Massachusetts Consistory and was a 32degree Scottish Right Mason.  He was also a member of The Aleppo Shrine AAONMS.    A Masonic service will be held on Saturday June 24th at 1 PM at the Baker-Gagne Funeral home Route 16 West Ossipee, NH In lieu of flowers the family wishes you to please consider Memorial donations to the charity of your choice.   Please share your messages, stories, or leave a short note and sign an online guest book at www.baker-gagnefuneralhomes.com
To order memorial trees or send flowers to the family in memory of William Irving Coffin Jr., please visit our flower store.